Alois Senefelder was an author, actor and lawyer born in Prague on November 6th, 1771. He developed lithography in 1797/98, around 350 years after Gutenburg invented the interchangeable-letter system used in book printing. Senefelder devised the lithographic method while searching for a cost-effective way of duplicating his theatre texts. While experimenting with Solnhofener calcareous slate, he discovered “chemical printing”, or lithography as it is commonly known. In doing so, the two methods of printing known at the time, namely the relief and gravure techniques, were supplemented by the technique of surface printing.

To this day, lithography has not changed much as an artistic printing process. It continues to give painters a great deal of freedom and an infinite number of possibilities to vary their work. The history of lithography is closely linked with the names of important artists such as Francisco de Goya, Honoré Daumier, Henri de Toulouse-Lautrec, Edvard Munch, Paul Cézanne, Ernst-Ludwig Kirchner, Emil Nolde, Pablo Picasso and Salvadore Dali. 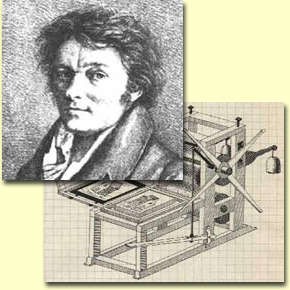 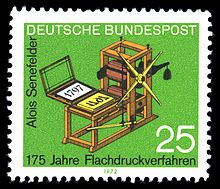 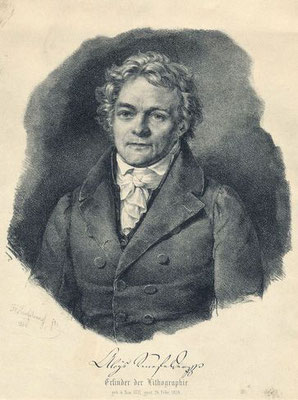