Since 1975, the Senefelder Prize has been awarded in honor of Alois

Senefelder, the inventor of lithography. It is one of the most coveted awards for artistic prints.

For the year 2023, the International Senefelder Foundation (ISS), with the support of the Federal Association of Visual Artists (BBK), is once again announcing a competition to honor special achievements in the field of artistic lithography and its further development in planographic printing. In addition to prize money totaling € 2,000, an exhibition of works by the prize winners is planned in Offenbach am Main and - if suitable partners can be found - at other locations.

The jury management consists of members of the board of the ISS, as well as representatives of artists of the BBK.

The award winners will be honored in September 2023 at a public ceremony, which will also be the closing event of the second International Lithography Colloquium in Offenbach am Main.

Accommodation costs and meals for the award winners can be covered after consultation and approval. Within this framework, a subsidy for travel expenses is also possible. The legal process is excluded.

Entrants may submit an artistic work (single or multi-color original print) from the fields of:

3.    Mixed printing: further development to 1. and 2. or to other experimental forms of flat printing

The submitted work can be produced by hand press or motor-driven printing press, photomechanical or screened reproductions or digital prints are not allowed. The work must not have been created before 2020, it must be submitted without a frame. The format must not exceed 100 x 70 cm, a brief description of the working technique used should be included.

In the first stage, the works are to be sent in digital form (jpg) to: Email: info@senefelderstiftung.com

For this purpose, an information sheet is available for download on the ISS homepage www.senefelderstiftung.com.

The jury will nominate the finalists from the group of applicants for the second stage. They will then be asked to send in the original works. From these, the jury will select the first three prizewinners in the summer of 2023. As in previous competitions, the submitted works will not be returned; the nominated works will be integrated into the ISS collection. This has already resulted in one of the most important collections of lithographs, which is located in the House of City History of the City of Offenbach. 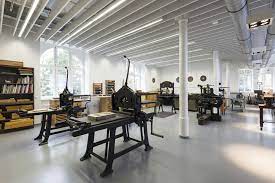 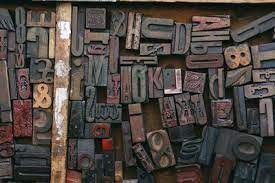 The first comments on the award ceremony 2020:

I would like to give my biggest thanks, as this prize is my greatest honor since knowing the word ‘Lithograph’ in Thailand. I had spent a long time studying and practicing Lithograph, but it still excites me to be drawing on these plates, because it is hard to find an ending or a clear definition for Lithography. In the same time, I am the 3rd generation professor at SilpakornUniversity, which I am enthusiastic about teaching Lithography on Aluminum plates. Other than that, 5 years ago I have also brought back into teaching, the technique Lithography on Limestone. This is because our University has around 100 Limestones that were used as teaching materials from 1966-discontinuation date unsure and from 1985-2000, but the program has been discontinued due to many reasons in the past.

From my personal experience, I am still mesmerized by the special qualities that can be created only on Limestone and not on Aluminum plate. Therefore, it is my job to bring back this technique into teaching because I believe that, all students should be able to receive the same knowledge as their professors, like Alois Senefelder’s knowledge and contributionsthat had been firmly practiced even in Thailand. Most importantly Silpakorn University is the only remaining course left for Lithography on Limestone. Even though Lithography on Aluminum plate is widely used, but it is a technique better suited for printing houses rather than Fine arts, because the Aluminum plate’s surface is too smooth and has very shallow textures. On top of that there is only one factory manufacturing these plates to support Thai artists and students, so it is essential for artists to study the nature of the material and adapt to the existing resources. Even if it may be difficult, but we can still overcome and understand to adapt to the substituted materials that is easier to find and is cheaper in price in Thailand.

Lastly, I would like to give my greatest thanks again to all the judges for awarding me this very honorable price. Thank you to all staff members for spending your precious time to work with this project even when covid 19 is spreading world-wide and also congratulations to all artists receiving awards and artist whose works has been exhibited.

It is for me a pleasure and an honour to receive this prize and to have the possibility of exhibiting my work among the other selected artists. I would also like to commend the organisers and emphasise the importance of institutions like the Internationale Senefelder Stiftung, which give visibility to artists who use printmaking techniques and specially lithograph into contemporary cultural scene. This award is a good support and a motivation to keep on doing my best for my artwork in the future and to continue my artistic production even in these difficult times. I hope when possible again  I can visit the Senefelder foundation and greet the people there personally.

thank you for this years event! It's was great organised with the live opening, really well prepared transmission from the exhibition and the zoom panel. It felt almost like the real vernissage! I really appreciate all the efforts - it's so important in such hard times to show, that such events can happen and the lithographers community is active and gives an opportunity to share the passion and appreciates the achievements. Thanks to live transmission it was much better to see the details of works - of course it cannot replace the live experience, but it's much more than only showing the photos on the website. I'm very happy to be a part of this important show and to be among such wonderful lithographs!

The jury meets and determines the winners:

The jury for the Senefelder Award 2020 will meet on

The award winners will be recognized on December 6, 2020 in the Haus der Stadtgeschichte in Offenbach.

The jury for the Senefelder Award 2020 adjourned their second session indefinitely (CORONA-VIRUS). The claim will be made up as soon as possible.

134 applicants for the 2020 Senefelder Award

For the year 2020, the International Senefelder Foundation (ISS), with the support of the Federal Association of Visual Artists (BBK), is once again announcing a competition honoring outstanding Achievements in the field of artistic lithography and its further development in lithographic printing.

On behalf of the Board and the Advisory Board of the International Senefelder Foundation Offenbach, I send you the holiday wishes again with a graphic of the "College of Design" in Offenbach, which Pia Graf has made.

Li Portenlänger from the Lithography Workshop Eichstätt invited a tour group from the International Senefelder Foundation in Offenbach on the weekend to get to know the medium of lithography on site and up close in the Mörnsheim quarries, in the Mayor-Müller-Museum Solnhofen and in their workshop.

Her enthusiastic tour was supported by top-class advice from Mr. Vogg, the last stone worker in the "Finishing of the litho stone" at SSG Maxberg and Dr. Ing. Viohl, the former head of the Jura Museum.

For more than 40 years, the International Senefelder Foundation Offenbach has been committed to promoting internationally active lithographers and every three years to the awarding of the prestigious Senefelder Prizes. Here, the litho stone, which is mined in Solnhofen plays an outstanding role. Due to the fine grain, it has a unique selling point; i.e. since the invention of lithography by Aloys Senefelder (around 18oo), all lithographers who pay attention to quality worldwide rely on the stone from the Solnhofen / Mörnsheim mines.

Dr. Viohl has informed the friends of the Senefelder Foundation with his lively lectures about the origin of the "Flinze" (limestone layers), their exclusively manual work based mining and the initially arduous transport of the sometimes over 200kg heavy stones by rail and ship all over the world.
Despite the arduous work, the litho stone of the originally poor Jura region has helped to bring about a degree of prosperity.
The documentation of this exciting success story was presented to the litho friends in the Bürgermeister-Müller-Museum.

Ms. Portenlänger did not miss the opportunity to visit her lithographic workshop, which is regularly visited by important lithographers for her own work and now shows works from the last 20 years, the historic old town of Eichstätt with the lithobegeisterten friends from Offenbach.

Dear friends of lithography,
I am pleased to inform you that the "Artistic Printing Techniques of High Pressure, Intaglio, Flat Printing, Puncture and Their Mixed Forms" were included in the Nationwide List of Intangible Cultural Heritage in March 2018 by resolution of the German UNESCO Commission. I forward the mail of the "Museum of Druckkunst Leipzig" to you.
The enthusiasm of lithographers for lithography, which was felt at the Colloquium in Offenbach in December, has now been confirmed by the UNESCO Commission.

On March 6, 2018, after 16 years, Mr. Martin Lange hands over the chairmanship of the Advisory Board of the International Senefelder Foundation to Mr. Gert Kaiser:

The International Senefelder Foundation wishes all friends of lithography

a Merry Christmas and a Happy New Year! 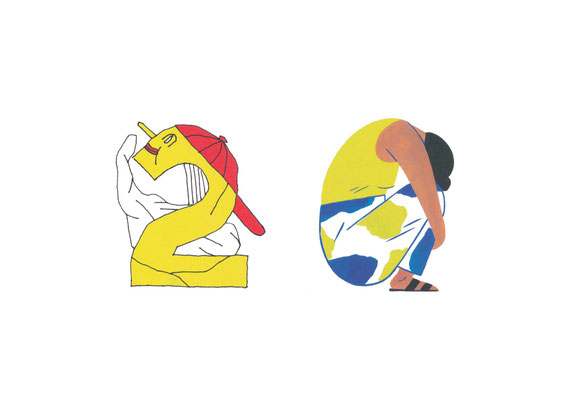 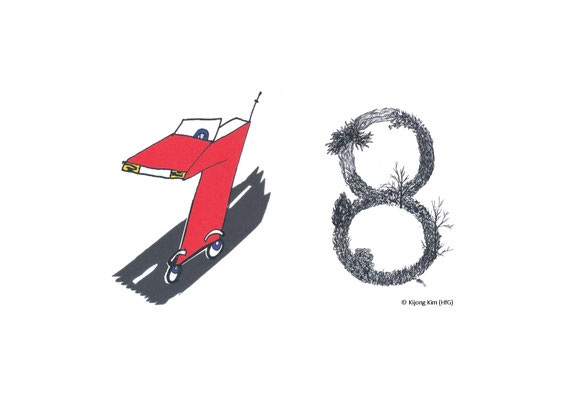 International colloquium of the lithographers on the 5th and 6th of December 2017: 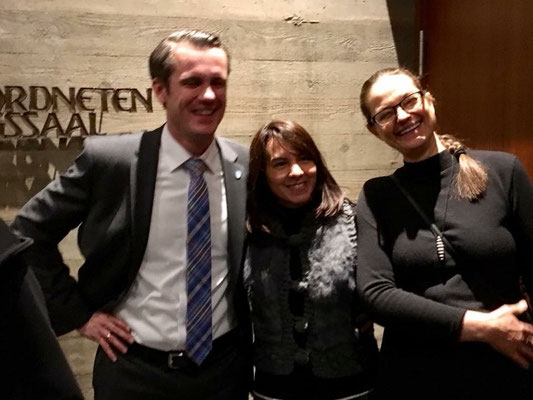 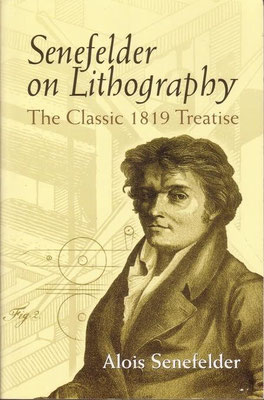